Year Over Year Median Prices Jump on the Big Island

In a recent post on the Kona Real Estate Blog, I took a look at MLS data for the same period, but narrowed it down to include only Central Kailua Kona (Tax Map Key  Zones 3-7-5 to 8, my area of specialization), to see how the data compared to that of the entire Big Island.

Overall, in terms of transactions, the numbers stayed mostly flat for this area (+2 for both condos and land, -1 for residential) which was also reflected in the numbers island-wide. 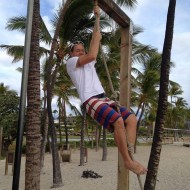 Blake Howell is an agent with Clark Realty’s Kailua-Kona office. Visit his website KonaRealEstateNow.com to search for Big Island homes, condos and land for sale.